On February 11, 2020, an event was held in honor of the 175th anniversary of Abay Kunanbayuly “ Uly haluktyn- Uly Abayy” in the Mazhilis hall of the Kazakh Academy of Nutrition of the Departament of Nutritiology with a course of prophylactic medicine of the National Medical University, organized by lecturer A.N. Kazakhmetova, assistants R. Ergeshbaeva B., Serzhanova G.N.
The purprose of the event: to get acquainted with the great life of the great poet, to promote the wisdom of the poet and his valuable spiritual heritage.
Students of the school of general medicine of the Kazakh group 16-02 of the S.D. Asfendiyarov national medical university actively participated in the event.
This event was held with the participation of honorary Professor of the Department “ course of Preventive medicine and Nutricion” Sharmanov Toregeldy of Sharmanovich. The event was held according to the planned program. During the event, the audience was presented with a biography, poems, songs, kui Abay, and was given feedback on the data.

At the end of the event dedicated to the 175 th anniversary of Abay Kunanbayev, “Uly halyktyn-Uly Abayy”,the guest of honor of the evening Toregeldy Sharmanovich expressed gratitude to the participants of the evening. The event ended with Abay’s song “Kozimnin Karasy” and the challenge was directed. 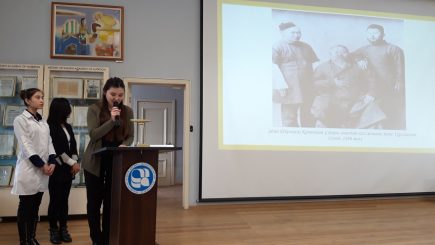 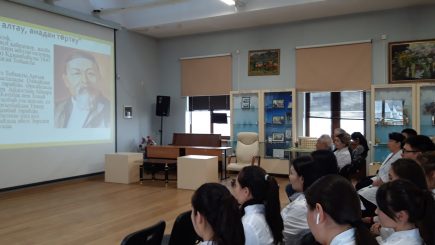 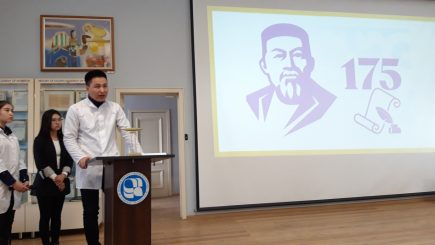 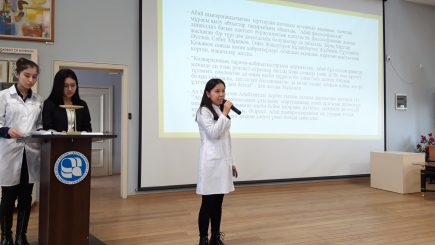 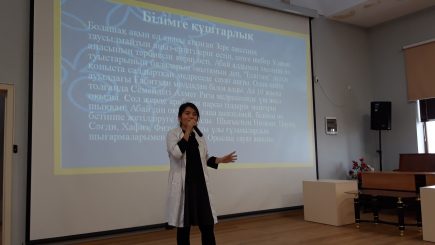 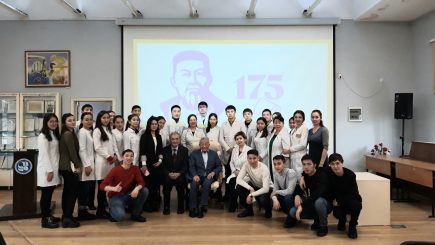 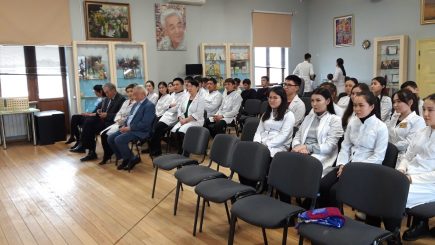