November 20, 2019 In the conference hall of the Kazakh Academy of Nutrition, an intellectual Olympiad on the topic «Healthy Nutrition — the Basis of Health» was organized by the Department of Nutrition with a Course of Preventive Medicine at NMU JSC, associate prof. Beisbekova A.K., assistants Yergeshbaeva R.B. and Serzhanova G.N., with the participation of KazNU named after al-Farabi. The event was planned according to the plan of the Youth Policy Department.

Intellectual subject Olympiad on the topic “Healthy nutrition is the foundation of health”: 2019 The first President of the Republic of Kazakhstan — Elbasy Nursultan Nazarbayev declared the Year of Youth. Caring for the younger generation has always been the main point of the policy of Elbasy. In his speeches, he emphasized that young people growing in the spirit of independence are our hope and support in the future. In his Address to the people of Kazakhstan, the Head of State noted: “The urgent task is to expand the participation of citizens, especially youth, students and students in volunteer activities, to instill in them the skills of an active life position. This is an important part of our work to strengthen civil society. ” The intellectual subject Olympiad is called upon to facilitate the exchange of experience and the identification of promising areas of development. Preservation and enhancement of the university’s traditions, propaganda of its history, symbolism and value.

The event was attended by the head of the department “Nutritionology with a course of preventive medicine” Kaynarbaeva MS, Senior lecturer of the department A. Kozhakhmetova and also guests from KazNU. al-Farabi, the head. Department «Epidemiology, Biostatistics and Evidence-Based Medicine» Mamyrbekova SA, and Deputy Dean Daniyarova A.B.

Two teams participated in the Olympiad. The teams were judged by the jury. After the final decision of the jury, the teams were awarded in nominations. Guests from KazNU. Al-Farabi expressed gratitude to the organizers for such an event and wished them to become traditional. Head of the Department «Nutritionology with a course of preventive medicine» Kainarbaeva M.S. wished all participants success and thanked them for their active participation in this event. 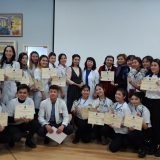 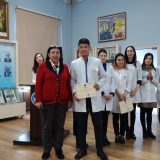 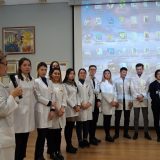 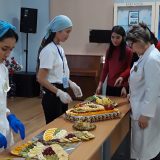 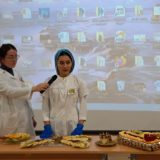 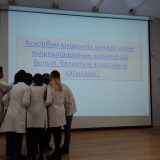 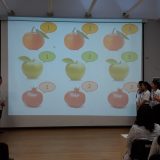 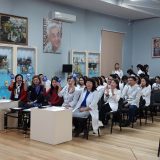 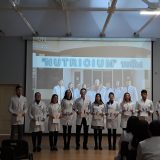 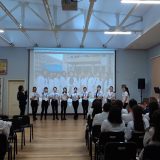 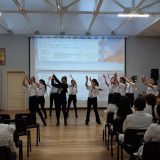 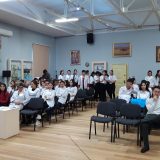