In the framework of the Republican Youth Forum 2019 March 15, 2019 in the hall of Fame was held a meeting of students of the School of General medicine with the Chairman of the Board of JSC «National center of neurosurgery», Chief freelance neurosurgeon of the Ministry of Health of Kazakhstan, President of the Kazakh Association of neurosurgeons Professor, doctor of medical Sciences, academician, corresponding member of National  Academic Sciences  of the Republic of Kazakhstan, laureate of The state prize «Kazakstannyn Enbek ERI» in science and technology — Akshulakov Serik Kuandykovich.

Akshulakov Serik Kuandykovich  is  a Professor, the Doctor of Medical Sciences, the academician, the corresponding member of NAS RK, the winner of the State award RK Kazakhstan in the field of science and technology, «Kazakstan Enbek ERI», the Chairman of the Board of JSC “National center of neurosurgery’’.

In 1975 graduated from medical faculty of the State medical institute in Aktyubinsk. Further studied in a clinical internship, a postgraduate study and doctoral studies of scientific research institute of Neurosurgery of a name of the academician N.N. Burdenko of the Russian Academy of Medical Science (Moscow). From 1996 to 2008 worked as the Head of the Department of Neurosurgery of the Almaty state institute of improvement of doctors.

Akshulakov S. K. owns the entire spectrum of the most complex neurosurgical operations for tumors of the basal parts of the brain, the brain stem, the ventricular system of the brain using the latest achievements of modern micro neurosurgery. Over the years, he has performed more than 5,000 operations on the brain and spine. Akshulakov S. K. he is a pioneer in the introduction of the basics of microsurgery in Kazakhstan, in particular endoscopic neurosurgery (transnasal endoscopic approaches, endoscopic operations in brain dropsy), as well as the first time he carried out the use of neuronavigation and surgical treatment of epilepsy.

Under the leadership and direct participation of Akshulakov S. K. introduced more than 60 new technologies that have not previously been implemented in Kazakhstan, prepared and defended 25 candidate and 5 doctoral theses, prepared more than 30 clinical residents and residents. Published more than 300 scientific papers (80 of them in foreign journals), including 13 monographs, received 13 patents.

The meeting with the Chairman of the Board of JSC National Center of Neurosurgery Akshulakov S.K. took place in a warm friendly atmosphere. Students of KAZNMU, the invited participants of teams of the Youth forum, representatives of the faculty showed hot interest in achievements and the creative fate of the outstanding neurosurgeon S.K. Akshulakov, having asked it the questions interesting them and, having received irrefragable answers. 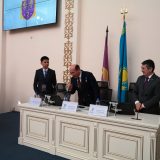 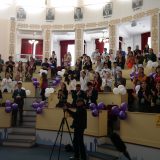 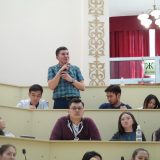 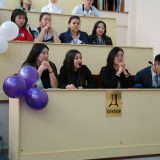 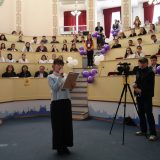 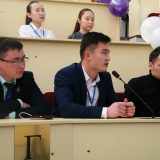 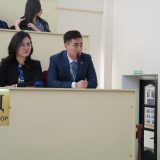 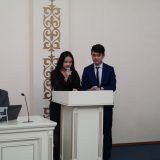 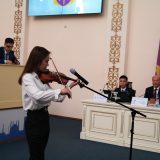 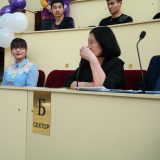 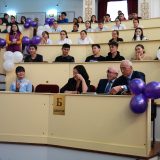 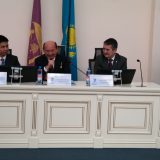 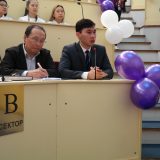 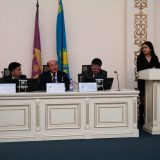 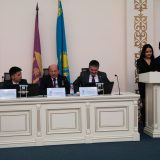 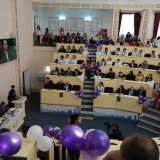 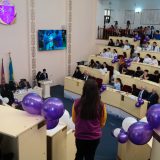 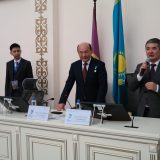 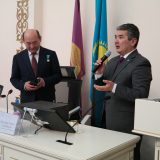 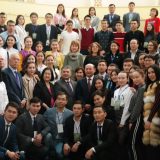 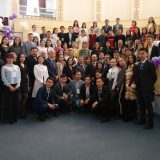