Round table «Priority of public health – safeness of foodstuff»

Round table «Priority of public health – safeness of foodstuff» within the framework of 100 exact steps for implementation of five institutional reform of Head of State Nursultan Nazarbaev.

Purpose of round table: within the framework of 100 exact steps for implementation of five institutional reform of Head of State Nursultan Nazarbaev, it is necessary to strengthen the food safety for the development of the production of milk and dairy products, as well as for the development of raw material base and export of meat. The preservation and augmentation of the traditions and values of the university.

The program of the round table consisted of 3 sections:

The round table was opened by the Academician Sharmanov TS, he emphasized the safety of domestic products and the most important priorities in the development of national science dairy products. The roundtable speakers KazNMU stopped on the safety performance of dairy and meat products, in addition 3-year student OM Narzulla Nodir talked about trans-fatty acids, such as threats to contemporary humanity and products developed by the Kazakh Academy of Nutrition based on mare’s milk as an analogue product longevity and safe food. Masters of KazNAU shared information about the current state of the dairy and beef production and development paths for the future. Graduate ATU told about the importance of public policy and international requirements for food safety of domestic production. After the speech, it was a stormy discussion, and guests of the roundtable other universities thanked the organizers wanted more joint meetings of experts and young scientists to this event has become a tradition. The professor and assistant professor of ATU Uazhanova R.U., KazNAU S.Kozykan congratulated the university. Head of the Department of Nutritiology Kaynarbaeva M.S. thanked all the participants for their active participation and handed over letters of thanks. 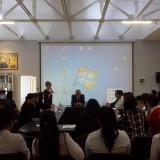 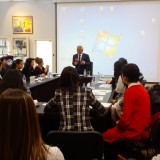 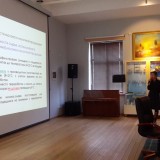 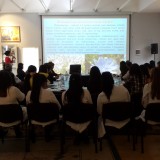 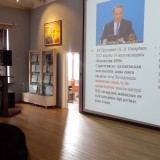 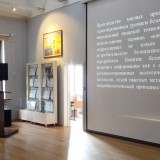 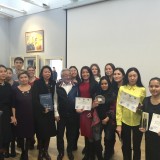 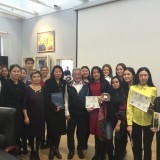 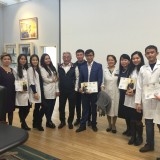 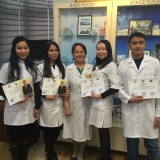