The Day of Languages

On September 21, musical evening dedicated to the Day of Languages ​​of the Peoples of Kazakhstan was held on the theme «Tugan tilim — tirligimnің aigagy… «. The activity was held in the Hall of Fame of the University, within the framework of the “Rukhani zhangyru” program organized by the Department of Language Disciplines (Zaisanbayev T.K., Kanlenova B.N), the group on the realization of cultural and creative projects (Apsattarova S.A.) and the library’s staff .

Every year on September 22, this national holiday is celebrated in our country as a tribute to the languages ​​of all nationalities living in Kazakhstan. In our country many representatives of different peoples,  studying the Kazakh language,  support and develop the status of the state language. The students of our university representing  different nationalities  perfectly master not only their own language  but also Kazakh, Russian and also foreign languages. 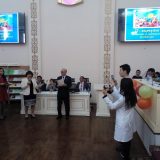 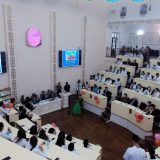 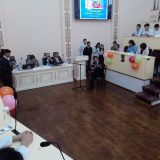 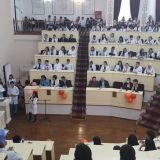 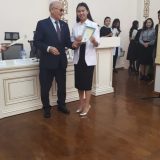 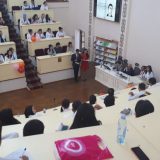