For the first time in the country, Asfendiyarov Kazakh National Medical University was held KazMSA Winter School from 15 to 18 February, organized by the local committee KazMSA KazNMU in surgical skills.

Aims and objectives: training of competitive young medical students, to exchange experiences of students with each other and improve surgical skills. 4 students from International Kazakh-Turkish University and 8 students from KazNMU attended to the Winter School.

All participating students were divided into 2 groups and students done all assignments with the group members together. At the end of the winter schools participants prepared report about their impressions and skills which they learned.

February 15, opening ceremony of the KazMSA Winter School. After opening ceremony, T.A.Salihova began the lecture on «surgical sutures and their types». After the lecture, professor, doctor of medical sciences I.A. Almabaeva presented general surgery training tools and provide a lecture about «basics of surgical equipment and surgical instruments» at the Department of Clinical Anatomy and Operative Surgery.

After lunch, the students participated in the master class which is held by the future surgeon RakhimovArhat on «Fundamentals of Cardiac Surgery» .There were shown new angiographic techniques and students trained on vascular suture.

February 16, in the clinical-experimental laboratory of the research institute for fundamental and applied medicine named after B. Atchabarov were conducted practical lessons on «Separation of soft tissue, infiltrative anesthesia techniques», «Methods of intestinal resection and intestinal anastomosis» by teachers of the department of general surgery T.A Salikhova, D. Abildayev, I.R.Fakhradiev. All these experiments were carried out on animals.

February 17, in the clinical-experimental laboratory of the research institute for fundamental and applied medicine named after B. Atchabarov were conducted practical lessons on methods laproscopic cholecystectomy and pulmoektomy on animal. These lessons were provided by I.A. Almabaev, I.R. Fakhradieva, T.A. Salikhova. Participants using these methods strengthen their practical skills.

February 18, KazMSA Winter School on surgical skills has reached its end. At the closing ceremony, Head of Clinical Anatomy and Operative Surgery, professor, doctor of medical science, Mr. I.A.Almabaev and university teachers gave students information about the surgery opened news and wished success to the future doctors. At the end of the event the participants expressed their gratitude to the organizers and guests, students IKTU named after Yassavi expressed gratitude and presented gifts to the organizers.

We express our gratitude to the following organisingcommettee: Department of General Surgery, T.A. Salikhova, D.A. Abildiev, Department of Clinical Anatomy and Operative Surgery, Head of Department, professor, MD, I.A. Almabaev and I.R Fahradiev,student-intern of the Medical University of Astana A. Rakhimov, Vice-Rector on education, social issues and international cooperation Dzhumasheva R.T, Director of department on student’s government ShyngysbaevL.S, administration and students of IKTU, the university student government, clinical-experimental laboratory of the research institute for fundamental and applied medicine named after B. Atchabarov and Center of Practical Skill.

KazMSA Local Committee will continue to hold a series of effective events that will raise not only the university reputation but also the reputation of medine in our country. 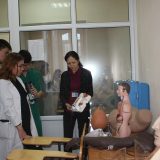 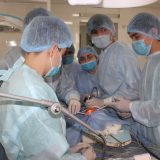 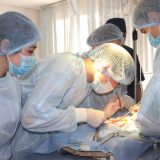 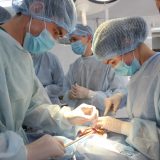 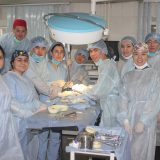 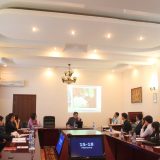 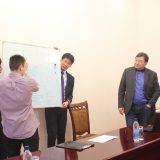 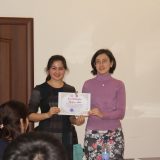 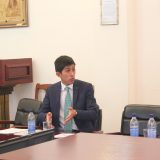 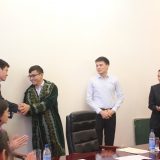 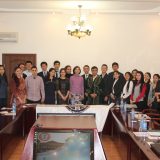